Beware of cornering bear. He will roar ferociously and rear up on his hind legs in anger at being trapped. Enraged he can be expected to lash out unexpectedly, possibly striking a maiming blow.

Negotiators are always watchful for 'tell's. Those indicators of what is to come or what the other person may be thinking. Anger is a sign of loss of control. it is also a negotiating 'tell'. It signals someone is about to do something demonstrating real, honest feelings that are seldom masked. The experienced negotiator knows to look for feigned anger or a false 'tell'. Both 'tell's provide valuable information.

Real anger, as opposed to feigned anger, tends to deliver a clear, concise message that you may have pressed the issue too far, that the other person is being hurt and, if pressed further, may either strike out destructively or walk away from the negotiation. In a personal relationship pressing each other into this reactive posture may eventually destroy the relationship. You need to consider if the issues causing the fights are really important enough to threaten the core of the relationship. If they are not, then you have to reflect on how you are negotiating the situation. It may be your style of fighting that is inflaming each situation. It it may be the other person is doing this. If the latter, you will want to find an opportune time to discuss how the relationship is being threatened. But do not do this as part of the immediate altercation as it will likely further enflame the situation.

Conversely, feigning anger is also a negotiating tactic. It signals to the other party that they should not press further. There is a story about a corporate negotiator who used cheap imitation expensive watches to smash on the negotiating table when he wanted to deliver the point that he could go no further. The feigned anger worked because others in the room were too busy watching the pieces of watch scatter across the table to closely observe the person and realize that he was in total control. 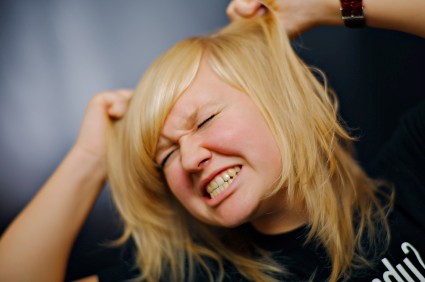 Learn to penetrate the facade of such actors to determine their true limits. Look for the lack of the non-verbal signs of anger like flushing or enlarged pupils, to verify the anger is staged. Many skilled negotiators are skilled actors but few can fake a flush, tears or other physical signs of anger. This is not that case in a personal conflict as emotion can cause the 'tell's of anger even when the person is not actually angered to the degree being displayed.

Invoking anger can be a negotiating tactic. In a personal relationship is may be more destructive than valuable. But in less important relationships, intentionally pressing to invoke anger may serve a strategic purpose. By observing when anger begins to surface in the other person, you can mentally establish the boundaries of what the other person is able to accept. The key here is the word 'able'. Just because they are able to do something does not mean they are ready to agree to do so. But once you know where their bottom line is you can use other tactics to move them to that ultimate position.