HOW IS NEGOTIATING DIFFERENT FROM ARGUING? 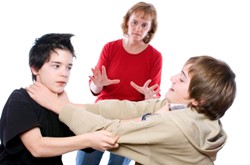 When arguing or fighting the participants have typically discarded most productive forms of communications and resorted to the point of trying to obliterate each other. Rather than getting one's message across, the result is that nothing is heard, nothing is accomplished, and relationships are challenged.

Seeking to overpower the other person may result in the other person simply walking away from the situation ending any chance to reach a resolution. Neither party win. Another possible result is one of the parties capitulates or surrenders. The result is simple. One side wins but the other is wounded; often resentful. As the resentment builds, future arguments may result in a major confrontation.
The bottom line is that in a valued relationship arguing can become harmful to the health of something far more important; the marriage, friendship or partnership.

In significant relationships it is important to understand that every person has differing personality traits and that these traits effect how they deal with anger.

A couple needs to learn the "anger" pattern of the other to better understand how he or she will fight when mad. Respect is a key part of any relationship. Accommodating each other's anger-timing-proclivity by granting enough time or space for the other party to cool off is part of respecting their needs. To demand the argument end on your timing is to selfishly want things your way and may result in a far greater argument than the original issue. Don't press for a settlement until both parties are ready to agree. Similarly, the person who takes time to get over an argument needs to appreciate why the other person is able to recover so quickly. Their compressed timing is no reflection on how important they felt the argument was or how they value the relationship. It is just their nature when it comes to anger. 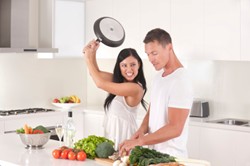 When conflict between a parent and child or arguing between husband and wife repeatedly escalate beyond control on the part of one the destructive words and acts may become the norm rather than the exception. This habitual abuse may slowly erode the relationship. Even though the more powerful participant may prevail in the intervening arguments the constant verbal and potential physical abuse may ultimately stifle the feelings that originally bound the relationship. Make sure, if you are prone to forcing your way, that you don't jeopardize something far more valuable than satisfying your ego!

In the work environment managers have or may feel they have the ability to demand compliance from employees and often seek to constrain salaries as much as possible not out of business need but principle. Employees usually have choices. The choices give them leverage or a counter-balance to the manager's perceived power. When fighting for a raise the employees can knuckle under, accept the meager raise, and limit their ability to make a living or they can fight back by openly seeking another job.
The manager is now forced to become reasonable or accept the loss of a trained employee and the cost of finding and training a replacement. In taking the initiative to seek another job, the employee is demonstrating his value on the open market and forcing the company to either acknowledge that value or lose it. This is a far better tactic than arguing with his boss and possibly getting fired. It is far better to be employed while seeking a better job than to have to explain why you were let go and risk getting a bad recommendation.

Arguing is a cumbersome negotiating tool because it relies on brute power, verbal or physical, to overcome the other person's perspective. The destructive nature of arguing challenges relationships and should be avoided to allow clear heads to seek a mutually agreeable solution.